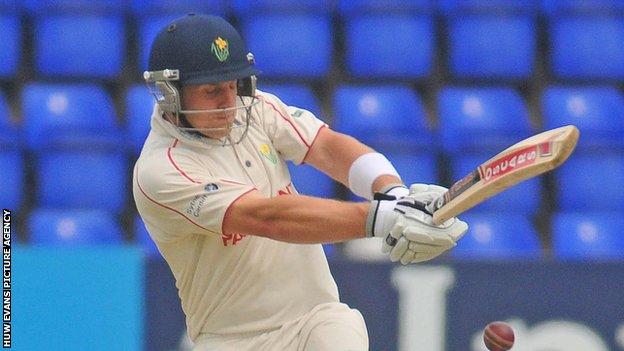 A Ben Wright century could not prevent Glamorgan from losing their pre-season 40-over friendly against Worcestershire at New Road.

Opening the innings Wright's 104 helped Glamorgan towards a total of 264 for nine in their 40 overs.

But in the Worcester sunshine the home side reached their target with five balls to spare.

It was Glamorgan's first defeat after they won the two pres-season games against Somerset and Gloucestershire.

Glamorgan were without opener Gareth Rees who is in the MCC squad that will play Lancashire in Abu Dhabi.