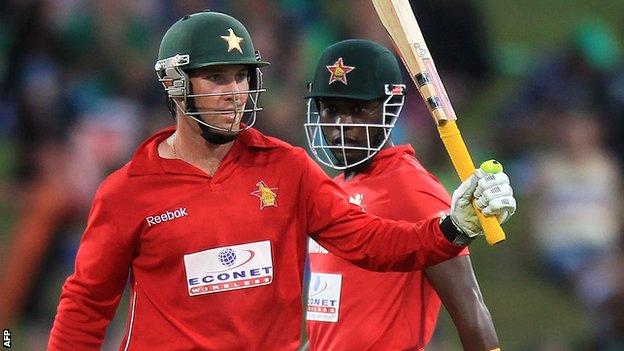 Zimbabwe captain Brendan Taylor hopes to secure a contract with Essex for this year's Twenty20 campaign.

And he is fresh off a stint with the Chittagong Kings in the inaugural Bangladesh T20 competition.

He told Zimbabwe newspaper News Day that a spell at Chelmsford would be an "exciting opportunity", but Essex have so far refused to confirm the link.

"My recent move to Bangladesh was short but exciting as I managed to be part of the first-ever T20 competition in that country," he said.

"At the moment I'm hoping to secure a move to England with Essex for their T20 competition in June which would be another exciting opportunity."

He has hit two Test centuries in the last 12 months, leading Zimbabwe to a 130-run victory over Bangladesh with a knock of 105 in Harare last August and hitting 117 in a 34-run loss to New Zealand in Bulawayo three months later.

The right-handed batsman has a total of 791 runs from 14 Test matches and has averaged 34.84 from his 132 one-day international caps.

Essex have already confirmed the signing of for this summer's T20 campaign, which runs from 12 June to 25 August.