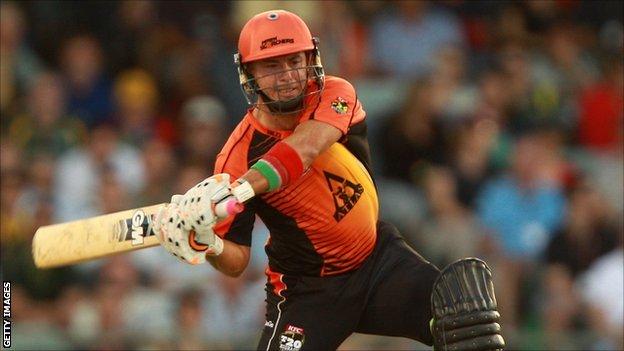 Gibbs has made 3,050 domestic T20 runs in 124 games, most recently with Perth Scorchers in the Australian Big Bash.

"Durham is committed to on the field development and have real ambitions to progress in T20, which is what attracted me to the club," Gibbs said.

"There is some massive talent in the dressing room and I can't wait to see what we can achieve."

The 37-year-old added: "I've been performing pretty well in the T20 format and I think I can offer some real variation to the side.

"I'm looking forward to my experience contributing to plenty of Durham wins."

Gibbs, who played county cricket for Glamorgan and Yorkshire earlier in his career, joins Albie Morkel, David Warner and Shivnarine Chanderpaul on the list of overseas talents to have featured at the Riverside.

"It is a real coup for us to be able to bring a player of Herschelle's calibre to our set-up for the T20 competition," head coach Geoff Cook said.

"It just goes to show that Durham's reputation as a progressive and successful club can attract quality players who want to help us win trophies.

"I'm excited by the prospect of having Herschelle in our team and I'm confident that he will add an extra dimension to our batting line up and some real personality out there in the middle."