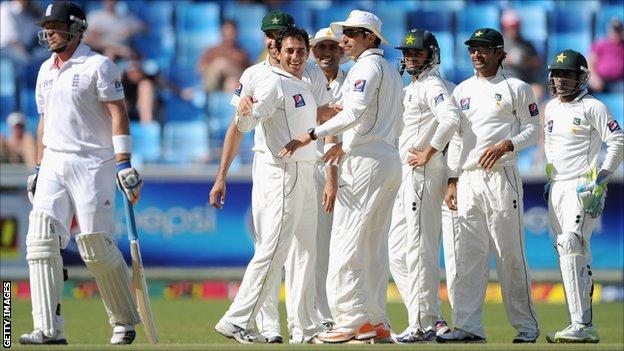 The biggest talking point in the England one-day squad to play Pakistan in Dubai and Abu Dhabi is the exclusion of Ian Bell, who in my eyes is a quality player in all forms of the game.

Bell can count himself unlucky, but after scoring only one half-century in his last 14 one-day innings you can understand the selectors wanting to look elsewhere.

Once they had decided to move Kevin Pietersen up to open the innings, Jos Buttler was always likely to be given the chance to take up the vacant middle-order slot after doing so well in Sri Lanka with the England Lions.

They are not going to leave out Jonny Bairstow because of his explosive potential, they will have Samit Patel down to bat at seven and bowl some spin, Jonathan Trott has been a very consistent performer, while Eoin Morgan is a nailed-on certainty in one-day cricket.

Bell will be disappointed because he will know that this gives someone else a chance to cement a place in the team, but now it's down to him to force himself back in.

Neutrals will have enjoyed Sunday's 3-3 draw between Chelsea and Manchester United but as a Chelsea season ticket holder I certainly didn't. When you are 3-0 up and a good side you don't expect to throw away two points and it felt more like a loss than a draw in the end. You have to say hats off to Man United and their 'never-say-die' attitude. They thoroughly deserved a draw, and in the closing stages it was Chelsea who were hanging on for a point.

I certainly don't see this as the end of his one-day international career because he is a special talent and has all the ingredients to be a successful limited-overs player.

In fact, in the long-term, I think Bell would be a good one-day opener, capable of batting positively and playing the long innings in the same way that Marcus Trescothick did.

Bell is not the only England batsman with some serious preparation to do ahead of the Test series in Sri Lanka in March and April.

Every one of the top six will be unhappy with what they have achieved against Pakistan. Kevin Pietersen averaged 11.2, Morgan 13.7 and Trott was the best of the top order at 26.8.

They all have an awful lot of work to do and they all need to turn up in Sri Lanka prepared for turning pitches.

In terms of selection, Morgan will probably face something of a shoot-out with Ravi Bopara in the warm-up games, but I would not start panicking and leaving people out.

Morgan has only been a regular since last summer, but by and large they are the same batsmen who have performed so well to take England to number one in the Test rankings and you don't become a bad player after one series.

They have all struggled against the mystery of Saeed Ajmal and the accurate, quicker spin bowling of Abdur Rehman. However, Sri Lanka don't have too much mystery. England have seen Ajantha Mendis before, and while Rangana Herath bowls left-arm spin, he sends it down a lot more slowly that Rehman does.

While Bell, Andrew Strauss, Matt Prior and Monty Panesar head for home, the rest of the Test team will be eager to turn the tables on Pakistan in the one-day and Twenty20 series.

They should not be tired or weary, having only been on tour for just over a month, while the arrival of the likes of Buttler, Bairstow and young Hampshire spinner Danny Briggs will bring an injection of youth to the camp.

They won't have the pressures of facing hour after hour of spin with four men round the bat, so they should be able to go out and express themselves.

Pakistan will start as slight favourites, but there's no reason England can't win this series.