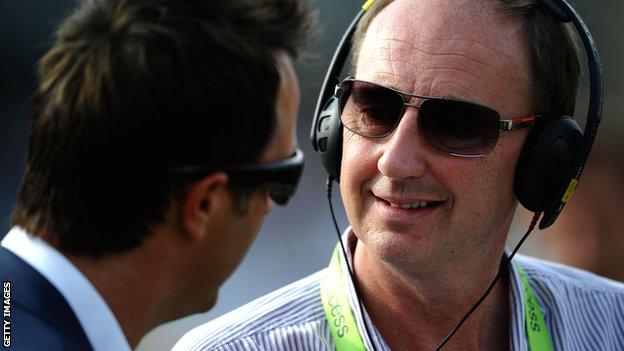 The England and Wales Cricket Board has agreed a new deal with BBC Sport to broadcast ball-by-ball radio commentary on international cricket until 2019.

The six-year-deal will see BBC radio provide live and exclusive coverage of all England's home Tests, one-day internationals and Twenty20s.

"Test Match Special (TMS) brings cricket into millions of homes in this country each summer and is widely recognised for its unique and world-class coverage of cricket.

"Test Match Special's coverage, together with the regular summaries and updates provided by BBC Radio 5 live, will play a significant role in promoting cricket from the playground to the Test arena."

Test Match Special was first broadcast in May 1957 on the opening day of the first Test between England and West Indies at Edgbaston, with commentary from Rex Alston, John Arlott, EW Swanton and Ken Ablack

"Test Match Special, now in its 55th year, is one of the most treasured programmes on the BBC, with its unique mix of expert commentary, insight, humour and entertainment.

"In a new digital era, the programme and its accompanying download have never been more popular with its audience."

The BBC's current deal was due to expire at the end of the 2013 season.

Meanwhile, ECB chairman Giles Clarke has claimed that illegal streaming of coverage of matches is the "biggest danger to cricket".

He warned that pirate websites showing games live on the internet threaten broadcasting rights deals, which bring huge revenues into the game.

Clarke told TMS: "There are a huge number of pirate websites streaming cricket on the internet taken from television broadcasts.

"We and our broadcasters closed down 700 during last summer's series against India.

"It's an extremely complex procedure but it can be done and it has to be done.

"That is the biggest danger to cricket, because they take money out of the game without commercial benefit to us.

"They are being used by the bookmakers as well. The problem of pirate site streaming is very big for sport."