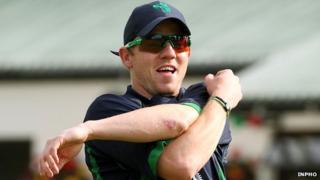 Ireland coach Phil Simmons says that O'Brien's plans "pose a problem" for Ireland's games in Kenya at the same time.

Simmons has made it clear that he believes the wicketkeeper-batsman should play for the national team in the four-day Intercontinental Cup game against Kenya the two World Cup qualifiers.

"I have spoken to Niall quite a few times. He knew my stance from a long time before."