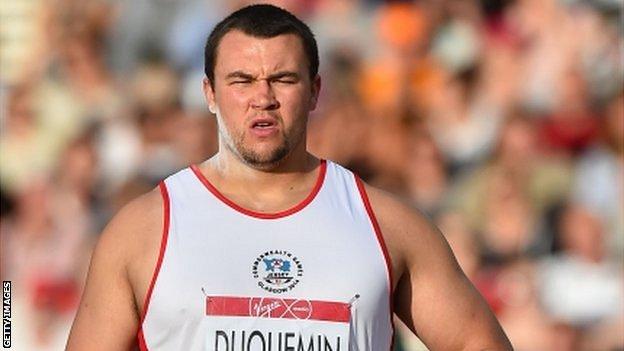 Jersey's Zane Duquemin says officials "screwed up" after being told he was not allowed to use his discus in the qualifying rounds at Glasgow 2014.

The qualified after finishing ninth in his group with a throw of 57.26m.

"They rejected it because they said it wasn't on the IAAF implement list," he told BBC Radio Jersey.

"I went to the officials after the competition and showed them where it is on the list, so they've screwed up."

Duquemin, says he is hopeful that his discus will be allowed in the final on Thursday evening.

"Official rules state only implements used in qualification can be used in the final but as they screwed up I hope I can get it sorted," he added.