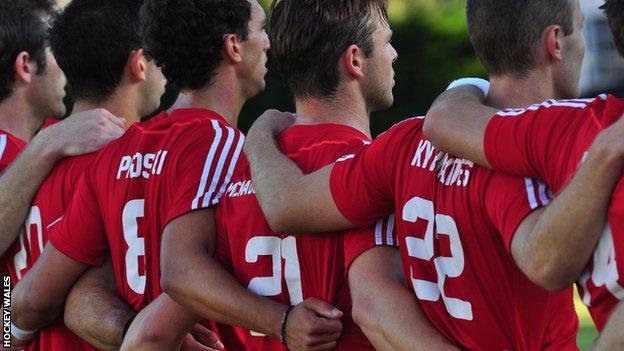 The squad includes his brother Huw Jones, who played at the 2002 Games in Manchester - the last time Wales' men qualified for the Commonwealth Games.

Two other brothers, James and Daniel Kyriakides, are included in the squad.

"The Commonwealth Games gives the selected 16 a fantastic opportunity to test themselves against some of the best nations in the world," Zak Jones said.

"The final selection of the 16 has been incredibly difficult, which is a huge credit to all the players that have been involved in the senior men's programme over the past 18 months.

"The group have remained fully engaged and united throughout, and the standard and intensity of training has never been higher."