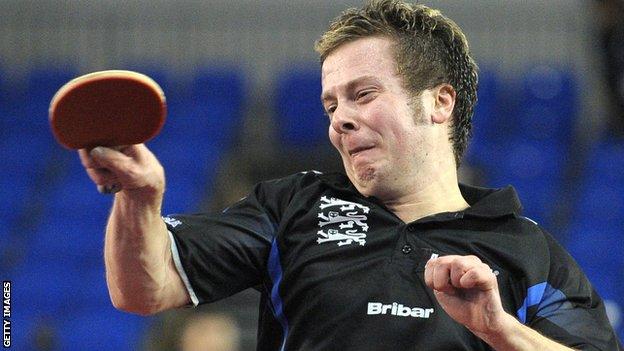 Baggaley, 31, won two golds and a silver at the 2002 Games in Manchester, a silver and bronze in Delhi in 2010 and is England's most decorated player.

"I feel honoured and extremely fortunate to represent Team England at the Commonwealth Games," said Baggaley.

Hannah Hicks, Karina Le Fevre and Daniel Reed, who all competed in Delhi, plus debutants Tin-Tin Ho and Sam Walker, complete the line-up.

"When table tennis made its debut as a Commonwealth Games sport on home soil at Manchester 2002 I did not think I would be competing again in 12 years' time in Britain," added Baggaley.

"I believe I have been successful at previous Commonwealth Games events but feel I will face the biggest challenge of my career at Glasgow 2014."