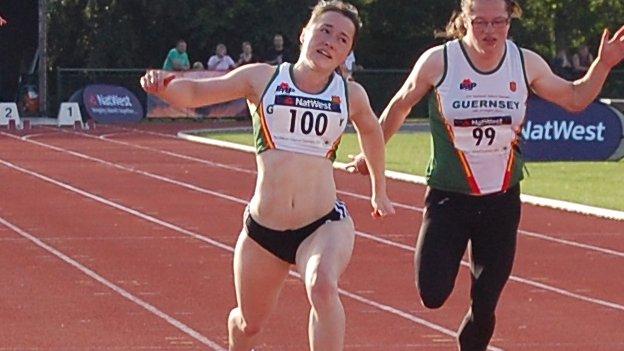 Guernsey 100m hurdler Kylie Robilliard hopes her return to the Commonwealth Games will be the springboard to further her athletics career.

The 25-year-old will travel to Glasgow having just missed out on the final of the 100m hurdles in Delhi four years ago when she finished ninth overall.

"I think this is a good start on the ladder and I hope to progress to bigger things," she told BBC Radio Guernsey.

"Hopefully there'll be many more Commonwealths [for me] in the future."

Robilliard, who has won four Island Games gold medals since first competing for Guernsey at the age of 17, says she has dedicated her life to stepping onto the track at Hampden Park since

"It's taken four years of extremely hard work and dedication," she said.

"You don't just wake up and decide 'I want to go to the Commonwealth Games', it's a lot of work and preparation that has to go into it before that.

"It's training every day, twice a day, getting up in the early hours and training in the rain.

"I eat, sleep, dream and think everything to do with my training."