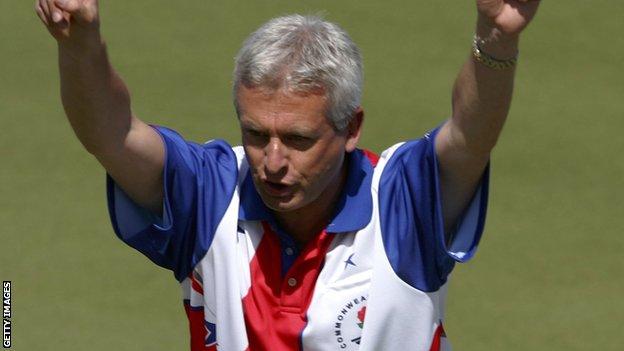 Jersey bowls coach Andy Thomson says the island must be realistic about their chances of a medal at this summer's Commonwealth Games in Glasgow.

The island have never won a bowls medal but their women's pairs and triples teams came close in 2006, losing the bronze-medal play-off games.

"We've got to be realistic," Thomson told BBC Radio Jersey.

"We haven't won a medal at all at the Commonwealth Games so that's the degree of difficulty."

But in Thomson they have a coach who knows what it takes to make the pinnacle of the sport, having won the World Indoor title on three separate occasions, as well as two World Indoor Pairs titles, World Matchplay titles and the 2006 World Team title with England.

He also won pairs bronze with England in the 1994 Commonwealth Games in Victoria and lost a bronze-medal play-off in the triples in 2006.

Jersey begin their preparations with a test match against England in Glasgow next weekend.

"It's a big game for us and will show us exactly where we're at," Thomson said.

"The team is going to be well prepared for it, they did very well last year in Glasgow and if they can carry on with that form they'll be in with a chance.

"Coaching the Jersey team is a new venture and something I'm really looking forward to.

"We're putting as much time in as we can and if the players go there and do as best as they can then that's all you can really expect from an individual.

"If they can get a medal as well then that really is the icing on the cake.

"All we can do is try our best and if we try our best is good enough then hopefully the medals will come by."