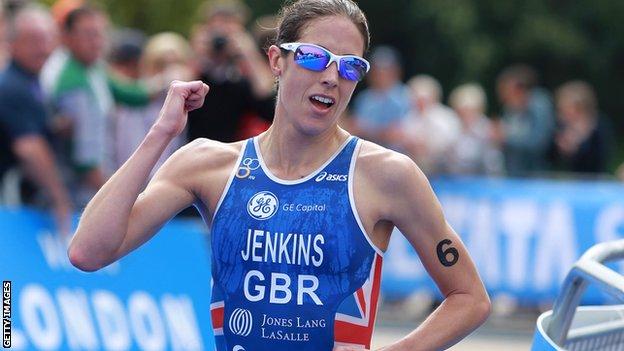 This item is no longer being updated - it has been replaced by a new version which can be accessed here.

Sport Wales has set a target of 27 medals at the 2014 Commonwealth Games in Glasgow in July and August, raising the stakes following the 19 earned in Delhi in 2010.

BBC Wales Sport is reporting each team announcement as it comes, and will pick out those athletes to look out for.

Greene took gold in the 400m hurdles in Delhi 2010 and narrowly missed out on a medal in London 2012, where he finished fourth in the final, and fellow hurdler Rhys Williams, the reigning European champion, will also be competing in the 400m hurdles.

Yet neither athlete made it to the final of the 2013 IAAF World Championships in Athletics, with both men going out at the semi-final stage - world champion Jehue Gordon, 25, will represent Trinidad & Tobago and is a favourite to take the gold medal at the Commonwealth Games.

The gold medal prospect in athletics for Wales is double world champion Aled Sion Davies, who followed a gold medal at London 2012 with two further golds at the IPC Athletics World Championships.

Davies is still improving too - on May 31 he set a new world record in the discus F42 category with a throw of 48.78m, and he claims to be "looking forward to beating 50m this year".

Crowned champions at the Iceland International and Portuguese Open, Turner and Thomas are ranked 56th in the world as a doubles pair - although after removing all ineligible athletes from the list, Turner and Thomas would be ranked 15th.

Joe Morgan, 35, will compete at his third Commonwealth Games alongside Nicolas Strange in the men's doubles, with the pair ranked 73rd in the world.

The lawn bowls squad was announced in December 2013 and features 15 competitors ranging in age from 25 to 71. Half the squad will be making their Commonwealth Games debuts.

Robert Weale, 51, is one of the most experienced and decorated athletes travelling to Glasgow, having represented Wales at every Games since 1986 and amassed two gold, three silver and one bronze medal. His most recent gold came in Delhi four years ago.

Weale is the most-capped bowler in Welsh history, with 103 outside and 54 indoor, and expected to take his tally to 160 before Glasgow.

Others to watch are Anwen Butten and Caroline Taylor.

Butten has twice won bronze in the pairs event, in 2002 with Joanna Weale and 2010 with partner Hannah Smith.

Taylor, who will partner her in Glasgow, has won three medals at the World Outdoor Championships - a silver in the pairs and bronze in the fours in 2004, and a bronze in the triples in 2012.

An 11-strong amateur boxing team will make the trip to Glasgow.

Andrew Selby, 25, is one of the realistic medal prospects. Competing in the flyweight 52kg category, he is the current world number one in the official International Boxing Association (AIBA) standings.

At the 2011 European Championships in Turkey, he became the first Welshman in 86 years to win gold, and followed that by becoming the first British fighter to defend an amateur title two years later.

Another likely medallist is welterweight Fred Evans, 23, of Cardiff, who won silver at the 2012 Olympics. He is currently ranked fourth in the world, although he is the top-ranked fighter eligible for the Commonwealth Games.

Sean McGoldrick, 23, was awarded gold in the bantamweight category at the 2010 Commonwealth Games after the man who beat him in the final was disqualified.

McGoldrick did not compete in the 2012 Olympics, having lost out to eventual gold medallist Luke Campbell in qualifying, but Campbell's decision to turn professional rules him out of the Games and gives McGoldrick a chance to reach the final once again.

They have been named in the 17-member cycling squad for events on the road and in the Sir Chris Hoy Velodrome.

James, 22, won silver in the sprint and bronze in the 500m time trial in Delhi in 2010 and will be hoping to win gold on the track.

Thomas, who won gold in the team pursuit at the 2008 and 2012 Olympics, will be supported by fellow Team Sky rider Luke Rowe on the road.

He will be competing in the road race and time trial.

Wales are hoping to win three medals from their cyclists.

Wales have a target of three medals for their squad of 13 gymnasts.

One of the main hopes will come in the rhythmic gymnastics.

Frankie Jones, won a silver at the Delhi Games in 2010 will be vying for medals individually, as well as competing together in the team event, with

Wales will be sending both a male and female team to Glasgow for the first time since 1998 in Kuala Lumpur, with the women's side including Xenna Hughes, the daughter of former Wales football manager Mark Hughes.

The women performed well in the third tier of the European Championships in 2013, winning every game to take gold, but a podium finish will likely prove beyond them.

National coach Craig Ewers will compete as part of a 10-strong team as judo returns for the first time since 2002. The 33-year-old is the only team member with experience of a major multi-sport competition.

Elena Allen, 41, will be competing in the skeet event as part of a 14-strong shooting squad.

She came 14th in the qualifying round of the 2012 Olympics, though none of the shooters who finished ahead of her are eligible for Glasgow, and neither are any of those above her in the world rankings. Their absence should give Allen a realistic chance of a first medal.

The squash side will feature seven players across four events.

David Evans, 39, of Pontypool is a 10-time Welsh national champion, who came first in the mixed doubles at the 2014 British Open alongside Deon Saffrey.

Peter Creed, 27, will also be travelling to Glasgow. He is ranked 77th in the world and has beaten Evans to the Welsh Nationals title in recent years.

Seven swimmers are in the aquatics team, with head coach Martyn Woodroffe calling it "the strongest Welsh team that we've ever sent to a Commonwealth Games".

At the forefront is Jazz Carlin, 23, who will be competing in the 400m and 800m freestyle. She set the fastest 800m freestyle time in the world in April, breaking her own Welsh record.

Carlin won a bronze and silver medal in Delhi four years ago, and her chances in Glasgow are improved as Rebecca Adlington, who beat her to gold in both events in 2010, has retired.

Jemma Lowe, 24, will be competing in the 100m and 200m butterfly in Glasgow and is a realistic prospect for the latter as she holds the British short course record.

Lowe also made it to the final of the 2012 Olympics in this event, coming sixth behind opponents from China, Japan, Spain, Hungary and the United States - all countries ineligible for the Commonwealth Games.

She also has all six Welsh records achievable in the butterfly - the 50m, 100m and 200m in both long and short courses - to her name.

Georgia Davies, 23, will be competing in the 50m backstroke. Officially, she was 14th fastest in the world when she competed at Antwerp in January but has the quickest time of any of the eligible Commonwealth Games competitors.

A young squad will represent Wales in Glasgow, including 20-year-old twins Angharad and Megan Phillips.

The team also includes Naomi Owen, 25, who has won the Welsh women's singles championship nine times. However, over 300 places separate her from Singaporean Tianwei Feng in the official International Table Tennis Federation rankings.

Charlotte Carey, 17, has been named for the second time, having been part of the squad that travelled to Delhi in 2010. She also faces tough opposition - Singapore have dominated the medals table since the sport joined the Commonwealth Games in 2002.

Wales have only previously managed one medal, as current player-coach Ryan Jenkins took silver in the men's doubles alongside Adam Robertson in 2002.

Wales are sending a mixture of youth and experience to Glasgow, with former ITU world champions Non Stanford, 25, and Helen Jenkins, 30, joined by 23-year-old Holly Lawrence.

Leanda Cave, 36, is not included in the squad despite winning world titles at Ironman and half-Ironman in 2012.

Non Stanford is the current ITU world champion, though she is still training to return from the foot injury that ruled her out of this year's ITU world series.

However Helen Jenkins is competing in the competition and may be on course for a podium finish, with her only real threats coming from two American athletes (both ineligible for Glasgow) and Becky Stimpson of England - who is topping all Commonwealth-eligible athletes in the ITU.

Michaela Breeze, who won gold at the 2002 and 2006 Games and captained the Wales team in Delhi four years ago, winning silver, hopes to continue her successful record in Glasgow.

She believes the Welsh weightlifters can come back from Glasgow with - one more than the target set by Sport Wales.

Breeze, who came out of retirement in a bid to compete at the Games, broke the British snatch record in qualifying.