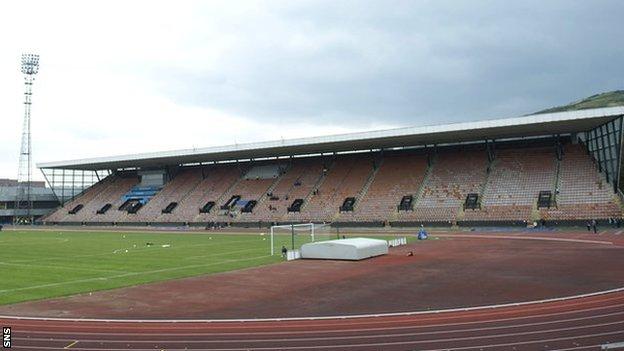 Sir Chris Hoy is sad that the arrival of a new world-class velodrome in Scotland will potentially coincide with the loss of another historic track.

The Sir Chris Hoy Velodrome will next year house cycling events at the 2014 Commonwealth Games in Glasgow.

But the track at Meadowbank in Edinburgh is this week being considered for closure by the city council.

"It is a kind of bittersweet situation we are in," former world champion Hoy told BBC Radio 5 live.

"Because we've got this amazing, multi-million pound facility in Glasgow now, which is going to guarantee the future of cycling and a number of sports in Scotland.

"But I'm very sad to see that Meadowbank is potentially going to be getting destroyed."

Meadowbank Stadium and the velodrome were built to stage the 1970 Commonwealth Games.

However, it has fallen into disrepair and councillors are considering alternative plans for its future.

The most likely would result in the loss of the velodrome, with part of the site being sold for housing to fund the redevelopment of the stadium, including a state-of-the-art indoor running track.

"It's got such great history in the east and so many fantastic riders have come out of Meadowbank," recalled Hoy.

"It's where I started, Craig MacLean too. Graeme Obree set the British record there.

"I saw Eddie Alexander's bronze medal there in 1986 and thought that looks fun."