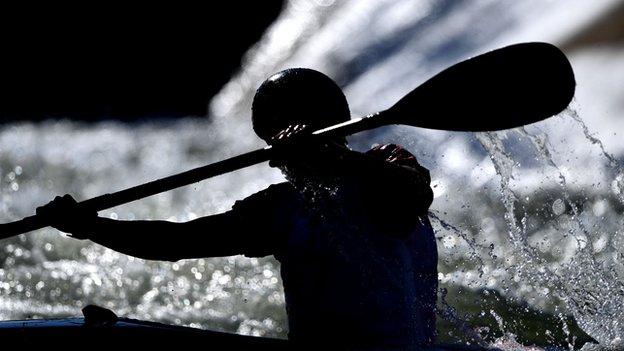 A "culture of fear" existed at British Canoeing caused by a view that the "pursuit of medals was at any cost", an independent investigation has found.

The inquiry was launched in 2017 after serious allegations surfaced about a coach.

British Canoeing says it "unreservedly apologises to all those affected by the past failings".

UK Sport says it recognises the "significant progress" British Canoeing has made since the review started.

The report was jointly commissioned by British Canoeing and UK Sport to "examine British Canoeing's governance, corporate responsibility and behaviour in regard to these allegations".

Findings from a confidential draft report were first reported by the BBC in April 2019.

British Canoeing has now published the key findings and recommendations, but says legal advice prevents the full publication of the report.

The key findings were:

The final finding said: "Judged purely on its ability to win medals, British Canoeing World Class Programme is/was a success; however, this success appears to have come at a heavy price - namely the physical and emotional welfare of many athletes."

British Canoeing says it "has taken many significant actions since 2016 to improve its governance structure, policies, procedures, safeguarding case management and athlete welfare and support".

"It is clear from the findings that there were serious organisational deficiencies in the past, which led to the inadequate and deficient investigation of complaints and the poor treatment of those making them," said British Canoeing chair Professor John Coyne.

"We deeply regret that the lack of appropriate processes and the consequent poor handling of complaints at the time created an environment where there was harmful and unacceptable behaviour by some individuals, that was not suitably addressed and they were not held accountable for their actions.

"The report identifies major governance, process and organisational failures in our all too recent past. To all those harmed by these deficiencies I offer a full apology."

UK Sport chief executive Sally Munday added: "The health and welfare of athletes is of paramount importance to UK Sport, and we firmly believe it should never be compromised under any circumstances. We will continue to work alongside all of our funded sports to ensure this athlete-first approach is fully understood and puts athletes at the heart of everything we do."

What has gone wrong with Britain's elite sporting culture? There has been plenty of success and glory in recent years of course, but a lengthening list of worrying athlete welfare scandals too.

With that has come mounting concern that linking high-performance programmes' funding strictly to medals has seen duty of care neglected.

British Canoeing is just the latest governing body to be forced to apologise for a "culture of fear", following similar episodes at British Swimming and British Cycling. Several other sports have also faced allegations of bullying and discrimination, or been scrutinised for their standards of governance.

Some may now ask whether the organisation that links them all - funding agency UK Sport - should face an independent review itself, despite recent reforms aimed at improving duty of care, and an overhaul in its leadership.