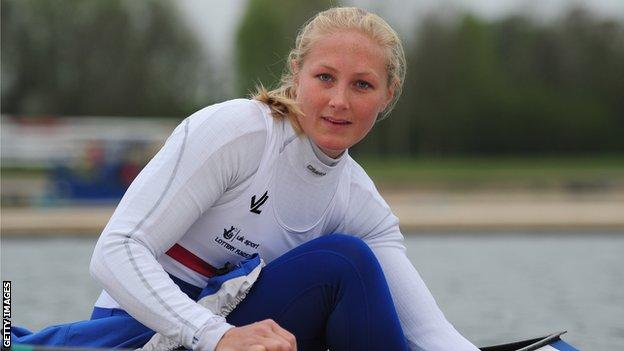 Lani Belcher claimed the first international medal of the season for GB Canoeing's sprint team at the ICF World Cup in Racice.

The 24-year-old, who is competing in four events in the Czech Republic, won bronze in the K1 1000 A final.

She just missed out on a silver medal to Australia's Naomi Flood, with New Zealand's Teneale Hatton taking gold.

Earlier, Belcher partnered Angela Hannah to eighth place in the K2 500 A final

Following the bronze medal, Belcher said: "I stuck to my race plan which was to get out hard, settle into a nice rhythm, then pick up at halfway."