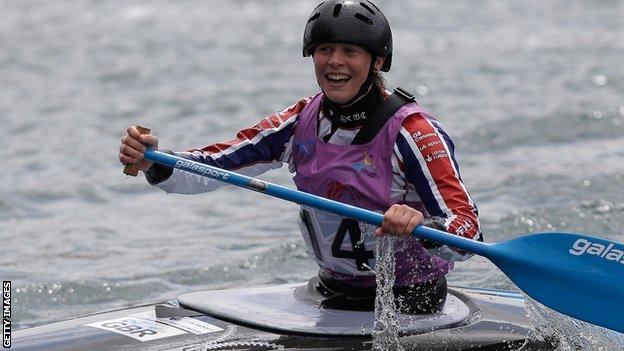 Woods, 17, earned victory with a time of one minute 52.57 seconds, which included a two-second penalty.

Team-mate Mallory Franklin took bronze when a 50-second penalty on gate eight was overturned after review.