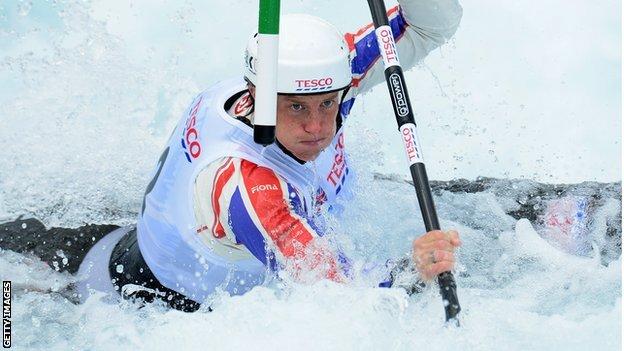 The 30-year-old, who competed at the 2008 Beijing Olympics, has been a European bronze medallist on three previous occasions.

She completed the course in 91.54 seconds with no penalties, 3.50 secs ahead of Italy's Stefanie Horn.

Florence and Hounslow won silver medals at the London Olympics but they picked up a two-second penalty at gate 21 which cost them.

The gold medallists in London, Tim Baillie and Etienne Stott, finished 19th in the heats and did not make the final.