Anthony Crolla said his narrow win over Frank Urquiaga provided the "closure" he needed to "definitely close the book" on his fight career.

The former WBA world lightweight champion said he knew "after four rounds" that the "time was right" to retire.

"What this has done is confirm to people close to me who were a bit unsure.

"I felt like, I have seen it with good fighters in the past when they slow down and can't get the shots off.

"I am normally quick at returning shots and my trainer was telling me to throw shots and I didn't come back with them. It's now time.

"I have seen fighters coming through and am thinking I don't want to hang around now and be a stepping stone. You sort of become a name for someone to beat."

At a post-fight news conference after his 45th professional bout Crolla was flanked by promoter Eddie Hearn and trainer Joe Gallagher.

Hearn said for a fighter to win while learning he was slowing down represented "the best way" to exit.

Former European middleweight champion Matt Macklin was in the room and said Crolla would now have "closure".

"I'm glad I had the fight but can definitely close the book now.

"I'll be in the amateur gym on Monday with the kids, loads of them were here tonight. I'll spend a lot of time with them.

"No regrets. I genuinely believe I gave it everything." 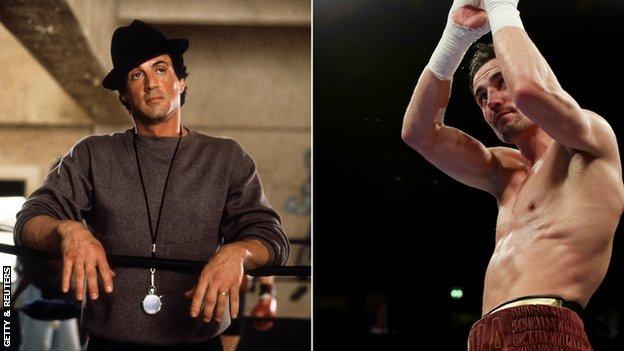 Some fans took to Twitter to voice belief that Crolla should not have got the decision at the arena where he made his debut, won a world title, lost a world title and, ultimately, retired.

His display was far from the level he had reached in 2015 when landing the WBA title, a feat many in the sport believed would be beyond him during his journey to the world stage.

"I will miss the Love Island chats in the gym but he's a great role model," said trainer Gallagher.

"No matter how many times he got knocked down he came back again. He is a role model as a human being for anyone in life. I've called him the Mancunian Rocky."

Promoter Eddie Hearn said he now had a genuine problem in finding a headline act for Manchester shows and said the next generation of fighters must do more to fill the void left by the likes of the retired Tony Bellew, James DeGale, George Groves and Crolla.

"Crolla could not have got one more drop out of his career," said Hearn.

"You see a fighter with houses paid for, putting his kids through a good education and a world title on the wall, I mean this was never meant to happen for Anthony Crolla.

"This is for me one of the great success stories for us. I will look back and think how did we do that?"