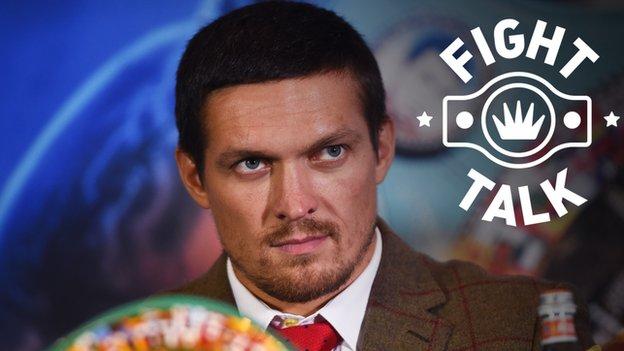 If you are viewing this page on the BBC News app please go here to see this story in full.

Here's our round-up of this week's boxing and MMA chat from across social media.

Is Usyk ready for Ruiz Jr or Joshua?

Oleksandr Usyk finally made his long-awaited heavyweight debut in Chicago on Saturday, stopping Chazz Witherspoon in round seven. But the former cruiserweight king is not looking for an easy ride, telling IFL TV he's now ready to face the winner of Andy Ruiz Jr v Anthony Joshua.

The Ukrainian, who is mandatory challenger for the WBO strap, is not short of confidence, but does he have what it takes to beat the division's top boys? 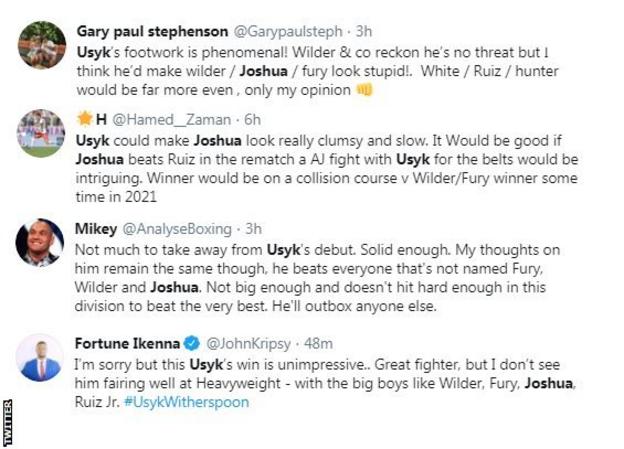 Chisora and Warren war of words

Derek Chisora's no-holds-barred trash talk and unpredictability has won and lost him fans in the past. And, true to form, the heavyweight was at it again this week after starting a war of words with Queensbury promoter Frank Warren.

Warren said an offer had been made for Chisora to take on fellow Briton Joe Joyce, which irked the Londoner. He described Warren, 67, as "a dinosaur who should retire".

Warren responded by telling IFL TV: "I'm a dinosaur but this dinosaur will be with the heavyweight champion in Daniel Dubois when he's well and truly gone."

Boxing fans seemed to side with Team Warren on this one… 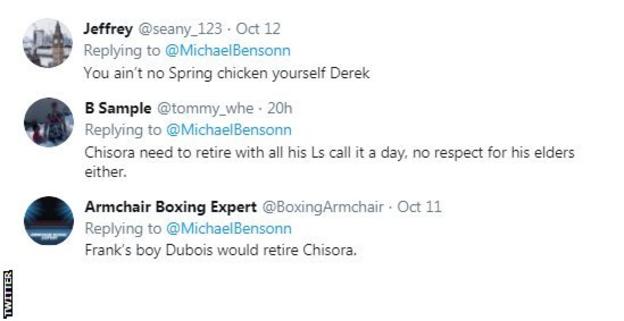 Daniel Dubois v Dave Allen - is that a fight we want to see?

Well, it could happen, with heavyweight contender Dubois accepting a verbal challenge from fans' favourite Allen.

The unbeaten Dubois has knocked out 12 of his 13 opponents. Allen's last fight ended with him outclassed by David Price.

Allen admits he'd be a "20-1 outsider" and fans only really see one outcome... 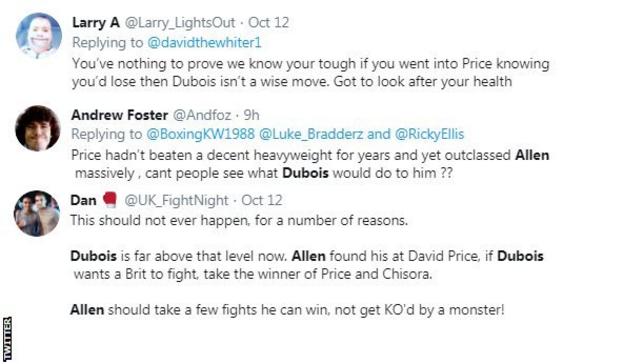 'I think I broke my foot'

The former UFC strawweight champion beat Michelle Waterson by unanimous decision at UFC Fight Night 161 in Florida on Saturday - but that only tells half the story.

"I think I broke my foot at the end of the second or third round," Jedrzejczyk said after the fight.

The injury didn't her prevent her from kicking her opponent throughout the remainder of the bout.

"What's the worst that can happen? I'm going to break it in three pieces? They're going to put it back together. That's it. It's a tough business," she added. 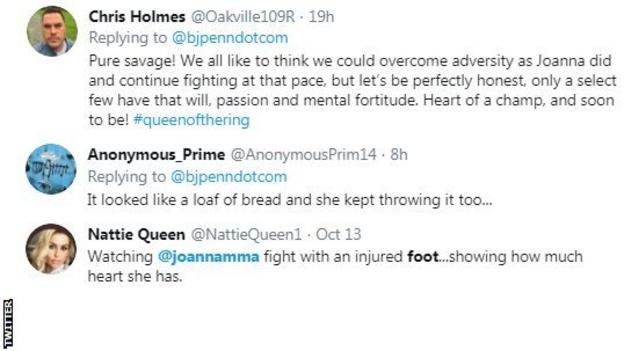