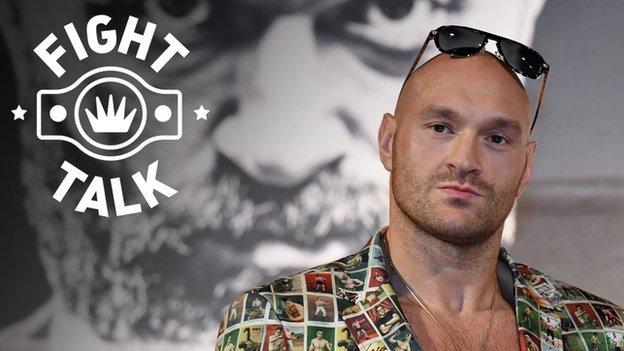 Here's our round-up of this week's boxing and UFC chat from across social media.

Fury just called... to say... he wants to knock AJ out

Forget a social media tit-for-tat, Tyson Fury and Anthony Joshua prefer to do their business in a more old-fashioned way.

Fury described the calls as "friendly banter" - and the idea he had his fellow Briton on speed dial amused fans... 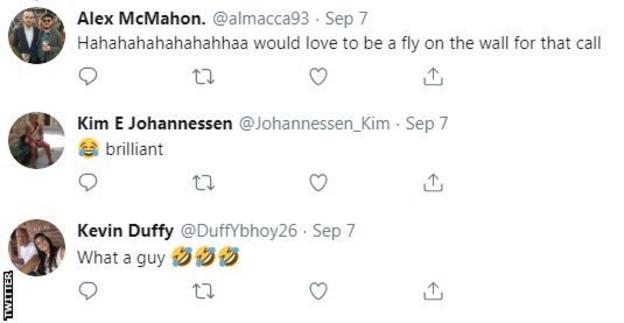 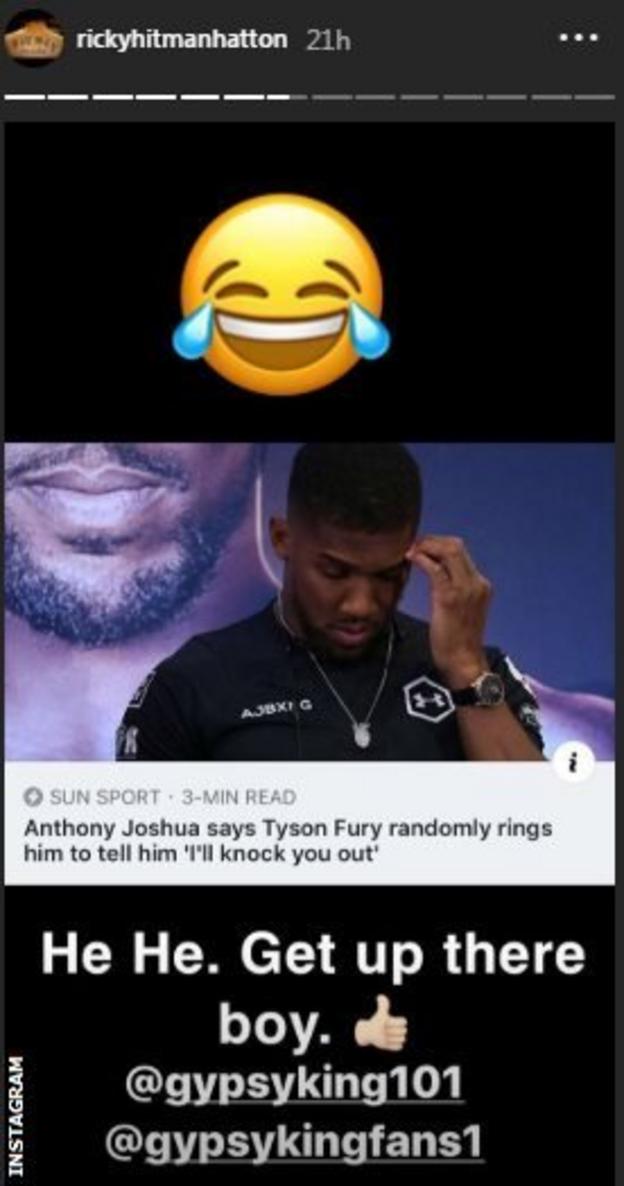 But do regular calls mean the two are friends?

"No," Joshua said. "That's just me and Tyson through and through. The respect's there but we're fighting men."

Elsewhere, Fury - who is preparing to face Otto Wallin in Las Vegas on Saturday - gave a wide-ranging interview to CBS Sports.

In it he said Deontay Wilder is "terrified" of him, that he could beat Oleksandr Usyk "with one hand" and that he "won't even watch" Joshua's rematch with Andy Ruiz.

You can always rely on Fury for a headline or three.

Chisora wants to be the main event

From slapping to Vitali Klitschko at a weigh-in, to a news conference brawl with David Haye, Derek Chisora never shies away from the limelight.

True to form he was at it again this week.

The heavyweight will face New Zealand's Joseph Parker on the undercard of the World Boxing Super Series super-lightweight final between Regis Prograis and Scotland's Josh Taylor.

But Chisora voiced his anger at not being the main event, threatened to pull out of the fight, laid into Prograis, and Taylor's promoters Eddie Hearn and Kalle Sauerland, before storming out.

Oh, and in between all that, he announced he has split from trainer Dave Coldwell.

Saul 'Canelo' Alvarez is undoubtedly a future hall-of-famer - and he's looking to cement his legacy by becoming a four-weight world champion. Rumour has it he will challenge Sergey Kovalev for the Russian's WBO light-heavyweight strap.

The response on social media was varied - some were excited by the 'super fight' but others questioned the quality of judging in Canelo's fights... 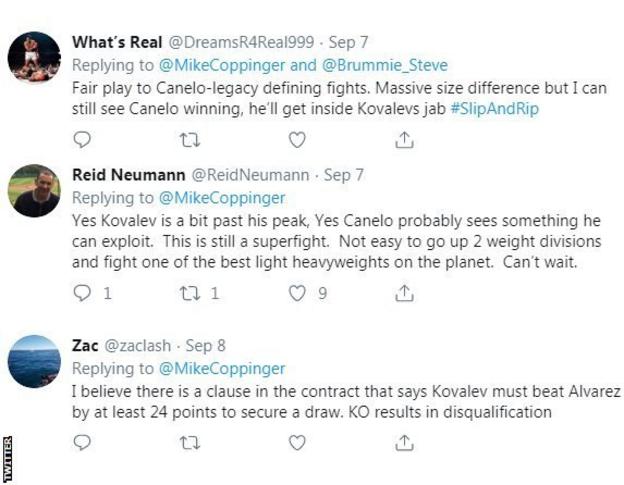 And there was a lot of frustration that a 2 November fight date would clash with the Jorge Masvidal v Nate Diaz UFC bout... 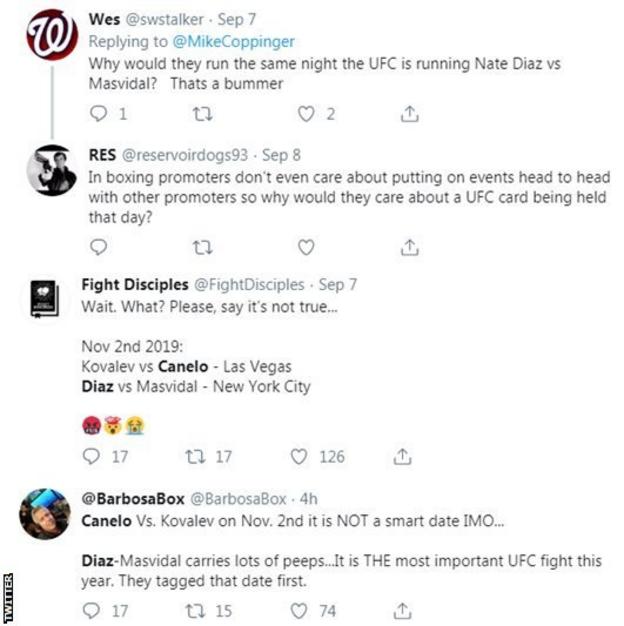 UFC 242 hit the Middle East on Saturday as Khabib Nurmagomedov retained his lightweight world title by beating Dustin Poirier via a third-round submission.

Victory took the Russian's record to 28 wins from 28 fights. So what next?

Mention Khabib and there's one name that will just keep coming up... Conor McGregor. And the Irishman has added fuel to talk of a potential rematch...

The first McGregor v Nurmagomedov fight had it all - pre-fight trash talk that crossed the line followed by a post-fight brawl which resulted in fines and suspensions for both fighters.

Do fans and those in the sport want to see it again?

But, before we get too excited, just a reminder what Khabib said last week about a potential McGregor rematch...

Amir Khan has topped the pound-for-pound list... for the most good-looking boxer of 2019. That said, we can't verify this for sure - the Briton was sent the news by a fan on social media, and was happy to share it with his followers.