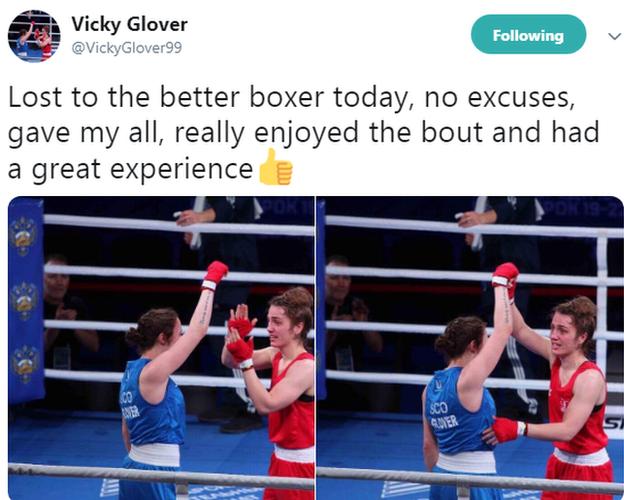 Scotland's Vicky Glover was beaten on points by Ellie Scotney in the semi-final of the European Boxing Confederation Under-22 championships.

Glover, 19, lost the featherweight bout to her English rival after a unanimous decision but her bronze is the first-ever medal in Scottish women's boxing.

The Scot said she "lost to the better boxer" in Vladikavkaz, Russia.

"No excuses, gave my all, really enjoyed the bout and had a great experience," Glover tweeted.