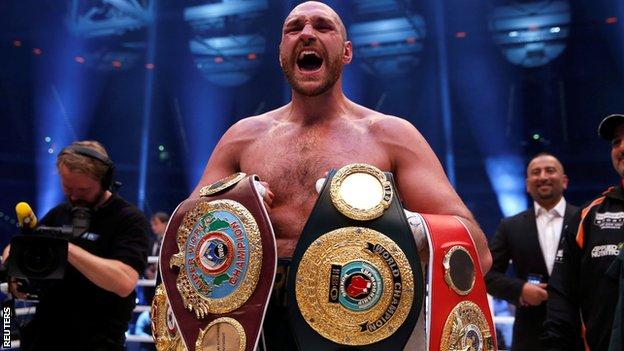 Fury had his licence suspended after he gave up his world heavyweight titles, with the 28-year-old being treated for "a form of manic depression".

He has not fought since beating Wladimir Klitschko in November 2015 and has twice withdrawn from rematches.

"For him to come forward takes a lot of courage," Crolla told BBC Radio 5 live.

"He needs extra credit. Tyson is a big, strong man and he comes from a community where they are very proud men."

Fury, who is part of the Traveller community, inflicted Klitschko's first defeat since 2004 to become world champion, but Crolla says he may not have been prepared for what came next.

"I certainly wouldn't say it came at the wrong time, because he gave a great performance and it was a memorable win," added Crolla, 29.

"There was a lot of other things in the media for the wrong reasons after, and I'm sure that didn't help.

"I don't know if he expected what was coming after it."