British world heavyweight champion Tyson Fury has postponed next month's rematch with Wladimir Klitschko after injuring an ankle in training.

The bout had been scheduled to take place in Manchester on 9 July.

Undefeated Fury, 27, posted on Instagram that he had been forced to cancel the fight after injuring himself while running in the Lake District.

"They've said it's not broken but it's badly sprained and to keep off it for six to seven weeks," he said.

Tyson Fury took the WBA and WBO heavyweight titles from Klitschko in their first bout in November.

"Of course, I am currently totally disappointed about the cancellation," Klitschko said.

"As well as for my fans, I´m very sorry, they were all very excited for this rematch. But one thing is also clear, this just means I'll get my belt a few weeks later."

Fury's promoter Mick Hennessy added: "It's very unfortunate at this crucial stage of Tyson's preparations that this injury has occurred with just a couple of weeks to go.

"There was no way Tyson could go into the fight against Wladimir Klitschko less than 100% fit." 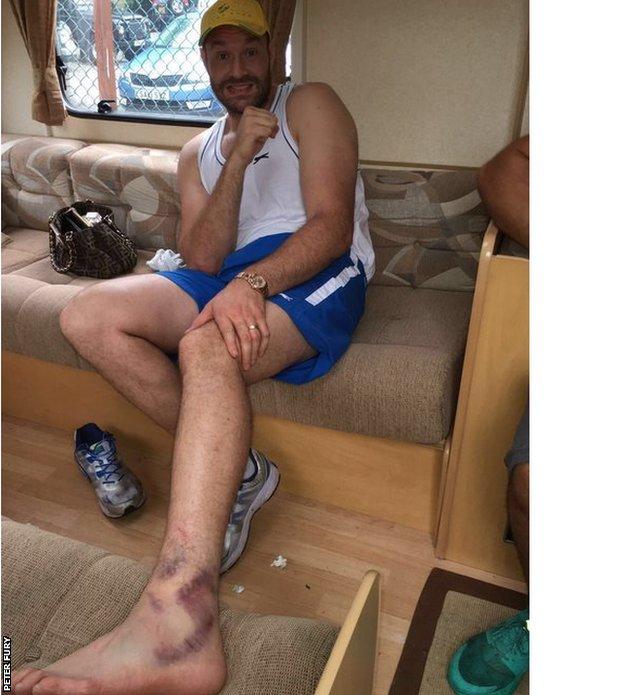