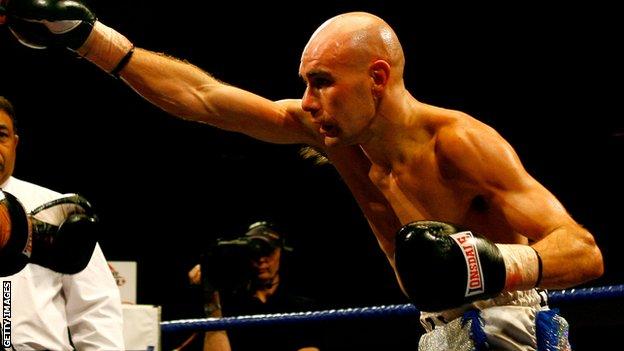 Stuart Hall has admitted he may have got his game plan against Paul Butler wrong having lost his IBF World Bantamweight title on a split decision.

"I feel sick that I lost to him," the Darlington boxer told BBC Tees. "I thought I'd done a good job and enough to win. I'm happy with how I fought.

"Maybe I got my plan a little wrong. I should've bullied him from round one."

Despite finishing the stronger of the two on the night, a slow start from Hall helped Butler earn his second victory after stepping up from super flyweight.

And Hall admitted he felt that he was not ruthless enough from the beginning.

"I think I let him off the hook sometimes," he said. "The first three or four rounds I should've upped it. He thought I was going to come out flying and if I had, I would've got to him quicker.

"I'd love a rematch. It's my belt so if there's a fight available for it, I'll go for it."