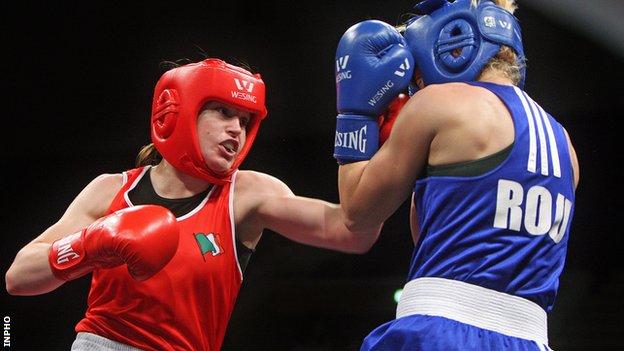 Ireland's Katie Taylor won the European title for the sixth successive time by beating Estelle Mossely in the final to win the 60kg event in Bucharest.

Taylor, 28, beat France's Mossely on the scorecard of all three judges.

However, English duo Natasha Jonas, 29, and Stacey Copeland, 32, both had to settle for silver medals after defeats in their respective finals.

Liverpool's Jonas was beaten 3-0 by Russia's Anastasia Beliakova in the 64kg category, while Copeland, from Stockport, lost to Azerbaijan's Elena Vystropova by the same scoreline in the 69kg section.

Copeland said: "I was just looking forward to the experience of going to my first major tournament with England, so to make the final and come away with a silver medal is incredible."