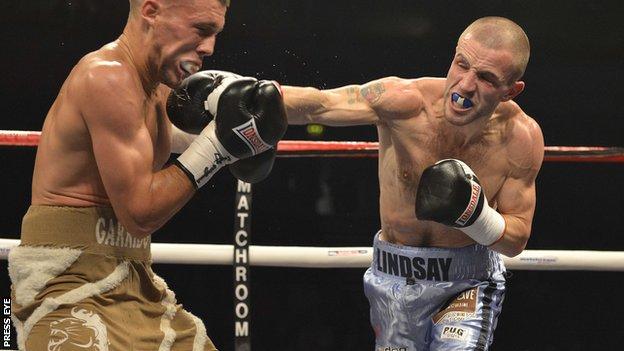 Martin Lindsay suffered a crushing defeat to Josh Warrington in a British and Commonwealth featherweight title fight in Leeds on Wednesday night.

The 32-year-old Belfast boxer lost on a unanimous points decision, with the judges scoring the bout 119-110.

Warrington, the defending Commonwealth champion, picked up the vacant British title with a comprehensive victory.

Lindsay, a former British champion, won the fifth round but struggled to make an impact and absorbed a lot of blows.

Lindsay had only one six rounder in sixteen months prior to Wednesday's fight and was unable to make an impact against Warrington's superior work-rate.

The Belfast man bravely stayed on his feet to complete the twelve rounds but the result was never in doubt.