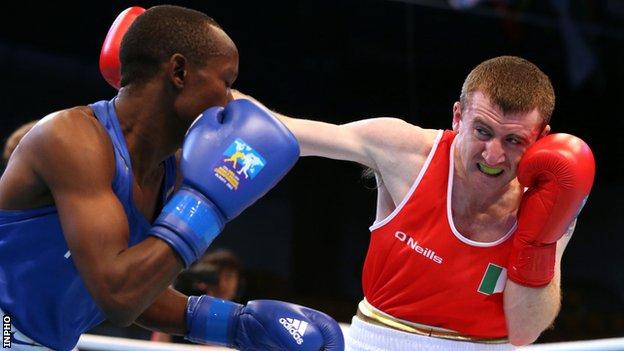 Belfast's Olympic medallists Paddy Barnes and Michael Conlan were both among the semi-final winners at the Irish Amateur Championships in Dublin on Friday night.

Barnes will face holder Hughie Myers in the light-fly final.

Conlan will face Holy Family's Tyrone McCullagh in the bantamweight decider after the later's split-decision win over Kurt Walker on Friday night.

Holy Trinity's Sean McComb will face David Oliver Joyce in the featherweight decider after he earned a unanimous win over Keith Flavin of Paulstown.

The Mayo man was beaten by a split decision by Portlaoise fighter Michael Nevin.

A number of other Ulster fighters will be in action in Saturday's semi-finals at the National Stadium.