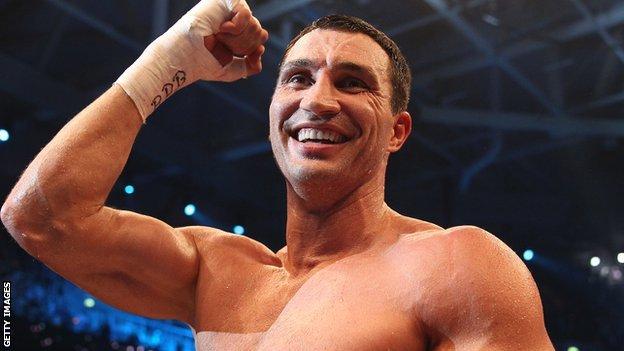 Briton Lennox Lewis was the last boxer to hold all the major belts in 2000, as the Klitschko brothers chose not to fight each other.

Klitschko told German newspaper Bild: "It's obviously my aim to bring the WBC title back into the Klitschko family."

This month, the older Klitschko swapped boxing for politics.

The 42-year-old is a Ukrainian opposition leader and plans to run for president in 2015.

However, he was named "champion emeritus", which would allow him to directly challenge a new champion if he wants to resume boxing.

The 37-year-old has made 15 defences in his second spell as champion and has won 61 of his 64 professional fights, 51 by knockout.

In comparison, his older brother has won 45 of his 47 professional fights, 41 by knockout.