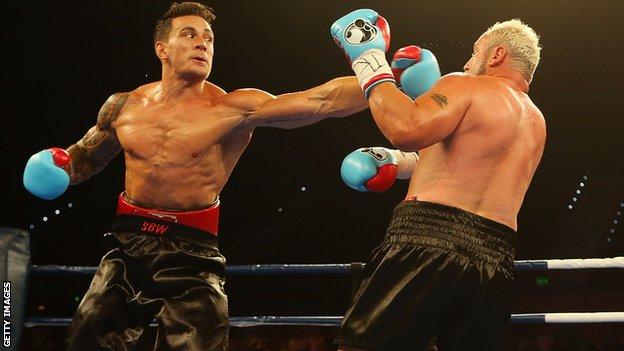 Sonny Bill Williams has been stripped of his professional boxing belts after failing to defend his international and New Zealand heavyweight titles.

He is also being linked with a return to rugby union in 2015 to be part of New Zealand's World Cup defence.

Williams won all of his six professional heavyweight bouts.

His last fight in February saw him defeat South African veteran Francois Botha to win the World Boxing Association international heavyweight title. But since then he has been playing with the Sydney Roosters, helping them win the NRL Grand Final, before joining the Kiwis' World Cup bid, meaning his boxing career is on hold.

New Zealand Professional Boxing Association (NZPBA) has also stripped Williams of his heavyweight belt after he failed to respond to challenges.

"We haven't heard a thing back and, personally, that's rude," said the association's president Lance Revill.

"He's not even said he's received the challenge and that they're going to think about it. If that was the case we'd hold off - but we've got no choice now but to strip the title."