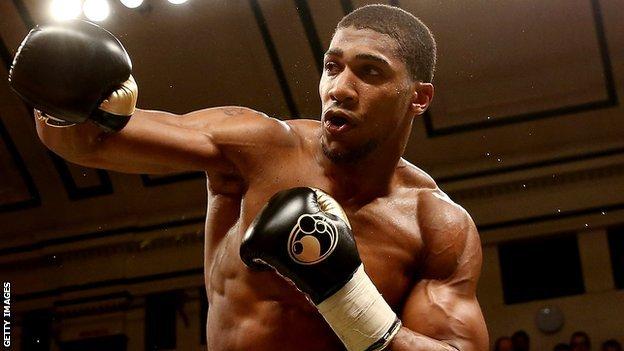 London 2012 gold medallist Anthony Joshua has withdrawn from Saturday's fight against Dorian Darch at London's ExCeL with a shoulder injury.

After consultation with medical staff, the bout with Welshman Darch will now take place in Cardiff on 1 February.

Joshua, 24, also had to pull out of a recent fight against Argentina's Hector Alfredo Avila with a bicep strain.

The heavyweight secured a second-round stoppage against Croatia's Hrvoje Kisicek on his last outing in November.

Liverpool heavyweight David Price has been forced to pull out of his scheduled comeback fight in Germany on 14 December with a virus.

The Olympic bronze medallist had been set to make his debut under new trainer Adam Booth, his first bout since the second of his back-to-back stoppage defeats by American Tony Thompson in June.