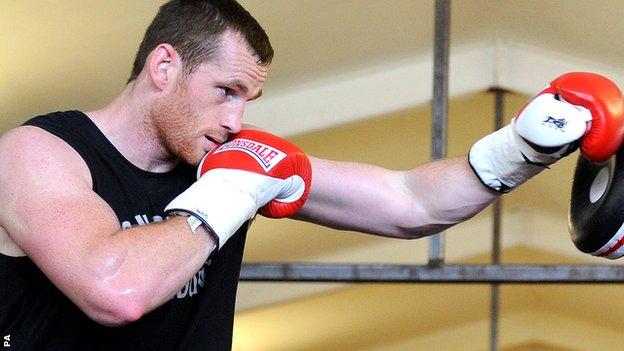 Liverpool heavyweight David Price has relinquished his British and Commonwealth belts in a bid to boost his career after successive losses.

His decision to give up his titles means an all-British fight with Dereck Chisora is unlikely in the short term.

"We are in no rush. This is about creating the next UK heavyweight champion," Price's promoters tweeted.

The bronze medal winner from the 2008 Beijing Olympics was offered a bout with domestic rival Chisora but decided against it.

Chisora's promoter, Frank Warren, won the purse bids for the fight between the pair meaning Price had to agree to that bout or relinquish his titles.

Since suffering the first defeats of his professional career in back-to-back meetings with American veteran Thompson, Price has changed much of his set-up.

He linked up with Sauerland promotions following Frank Maloney's decision to retire, and joined the gym of trainer Adam Booth after splitting with long-time coach Franny Smith.