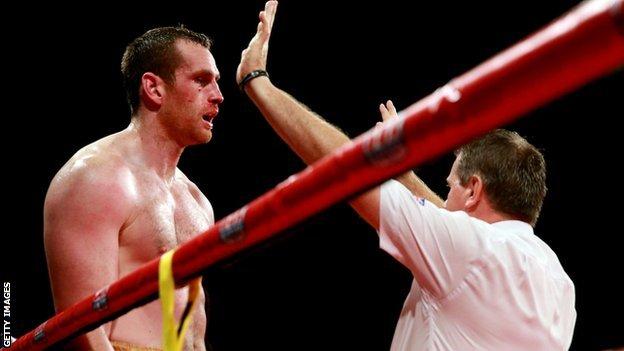 David Price has pulled out of his heavyweight fight against Russia's Evgeny Orlov in Germany on 14 December because of a virus.

The bout in Neubrandenburg was set to be the Liverpudlian's return to the ring after two losses to American Tony Thompson earlier this year.

Price, 30, said: "I'm disappointed. I was looking forward to the fight.

"But I wouldn't be doing myself or my fans justice by taking the fight when I am anything less than 100%."

Price has recently signed with German promoters Team Sauerland and also has a new trainer in Adam Booth, who guided David Haye to a world heavyweight title in 2009.

Price was British and Commonwealth champion but relinquished his belts earlier this month after deciding against a fight with domestic rival Dereck Chisora.