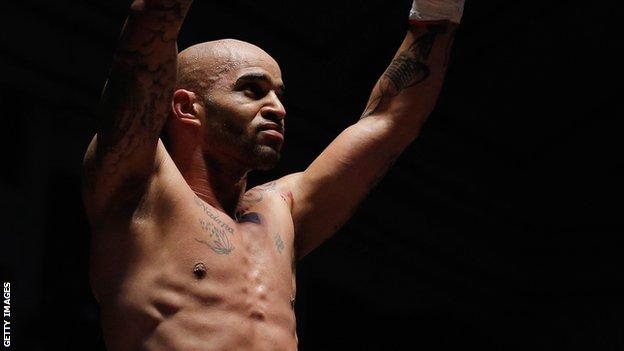 Former Norwich City striker Leon McKenzie will look to maintain his unbeaten start in boxing in his second professional bout on Saturday.

The 35-year-old beat John Mason by stoppage in June and fights in Norwich for the first time this weekend.

Duke McKenzie, Leon McKenzie's uncle, was a three-time world champion during his boxing career while Clinton McKenzie, Leon's father, was a British and European champion.

"The debut went very well and according to plan. We trained very hard," he told BBC Radio Norfolk.

"It's in my blood. I'm pretty good at it. Come 14 September I'll be looking for my second win."

McKenzie, whose opponent at the Epic Centre has yet to be named, has been trained by his uncle and former world champion at three weights Duke McKenzie.

He hopes his connection to Norwich City will attract a strong following to a card headlined by local welterweight and British Masters champion Nathan Dale.

"Nathan Dale's a good kid and it's a pleasure for me to be on the same bill as guys like that," said the former Coventry, Crystal Palace and Peterborough player.