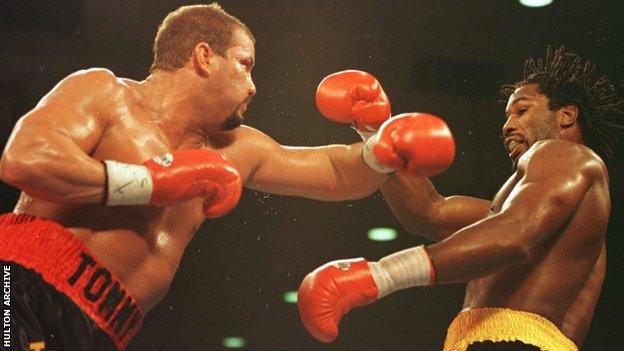 Former WBO heavyweight champion Tommy Morrison has died at the age of 44 after a lengthy battle with illness.

Morrison won the WBO title by outpointing George Foreman in 1993.

He also starred alongside Sylvester Stallone in the film Rocky V, playing Tommy 'The Machine' Gunn.

A spokesman for his long-time promoter and friend Tony Holden's company, Holden Promotions, said: "We can confirm that Tommy Morrison passed away late on Sunday night."

No cause of death was given.

Morrison tested positive for HIV in a test conducted by the Nevada State Athletic Commission in 1996, bringing an end to his top-level career.

He later claimed the test was a 'false positive', and returned to the ring for a short comeback in 2007.

After turning professional in 1988, Morrison won 29 consecutive bouts before a defeat by fellow American Ray Mercer in 1991.

He also lost to Lennox Lewis in 1995, the Briton stopping him in six rounds in Atlantic City.