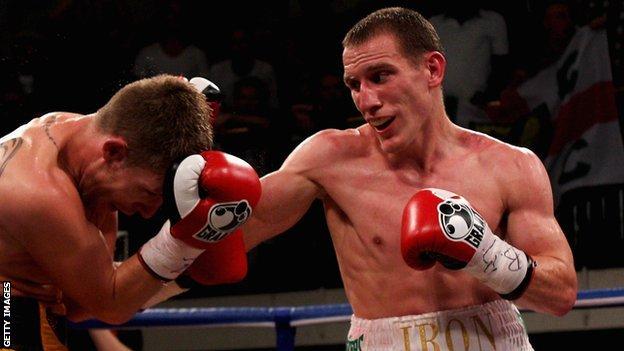 Cromer's Walsh has been named Selby's mandatory challenger, assuming the Welshman does not vacate beforehand.

"I think pound-for-pound he is one of the best in Britain right now. Domestically he's perfect, you can't knock his performances."

Barry-born Selby, 26, who has held the British crown since September 2011 and has won all of his last 11 fights, would need to defend his title against Walsh before the end of October, should a promoter pick up the purse.

But Selby, who also possesses the Commonwealth featherweight belt, may look to step up to the world title scene and has a bout with undefeated Romanian Viorel Simion lined up for July.

"On paper it's 50/50 between him and me. He's picked a great European opponent but hopefully he comes back to fight me," said Walsh, who beat Nicaraguan Jose Antonio Elizabeth in Norwich on Saturday.

"I think I'm the only one who wants to fight him to be honest.

"It's my way in. Sometimes it's not about winning the title - it's about who you win the title off.

"He's got a style that I like and he will bring out the best in me."