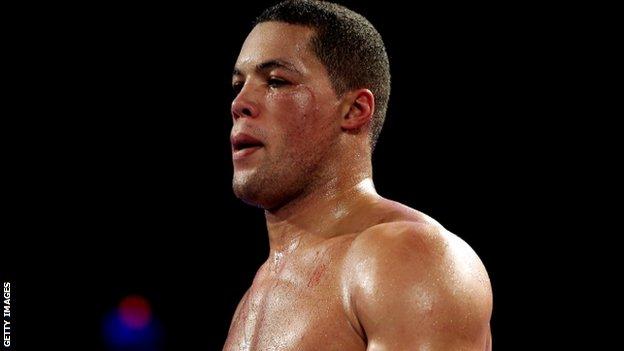 GB super heavyweight Joe Joyce was stopped in the first round of his European Boxing Championships semi-final by Russia's Sergey Kuzmin.

Joyce had his fight brought forward after two Belarusian boxers failed medicals and was rushed into the ring.

The London fighter does leave the tournament in Minsk, Belarus, with a bronze medal.

In the flyweight division, reigning champion Andrew Selby will meet Ireland's Michael Conlan in the final.

Selby is aiming to become the first Briton to ever defend his European title. The final takes place on Saturday afternoon.

Selby said: "It's good to be in another European final, and I've got Mick Conlan again so it's going to be a great fight.

"I've boxed him a couple of times before and they've been great fights, close, and I've won them both, so hopefully I'll make it three on the spin."

Bateson leaves with a bronze medal in his first major international outing with GB Boxing.

There will be highlights from Minsk on BBC Two on Sunday, 9 June at 16:00 BST