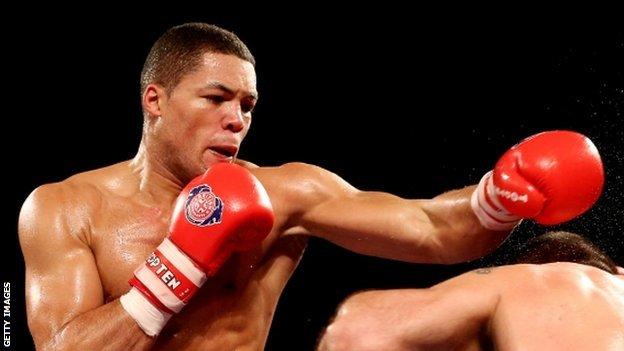 Bateson, who was only promoted to the GB podium squad two months ago, continued his impressive form with a unanimous points win over Ukraine's Vadym Kudryakov to move into the semi-finals.

He will next face Russian top seed David Ayrapetyan, who won European gold in 2006 and also has Olympic and world medals to his name.

Bateson said: "I'm confident and there's no-one here that I can't beat. I've come here to get gold, so hopefully I'll go all the way.

"I'm really enjoying it, feeling very relaxed and soaking it all up. It's great to be mixing it with the best in Europe. I believe I'm up there with these guys and hopefully I can prove that."

Barnes, a two-time Olympic bronze medallist, could face Bateson in the final after he beat Istvan Ungvari, of Hungary, to reach the last four.

Joyce, another promoted to the podium squad after the 2012 Olympics, outpointed Georgia's Mikheil Bakhtidze while Selby moved a step closer to becoming the first British boxer to retain a European title as he breezed past Germany's Ronny Beblik.

Selby is on target to face his old rival Conlan in the final after the Belfast man stopped Siarhei Loban, of Belarus, in the second round.

But Scot Flynn bowed out at the quarter-final stage when he lost against Ukraine's Pavlo Ishchenko while Maxwell saw his medal hopes dashed as he was outpointed by Armen Zakaryan, of Russia. Belfast light-heavyweight Tommy McCarthy was outpointed by Teymur Mammadov, of Azerbaijan.

There will be highlights from Minsk on BBC Two on Sunday, 9 June at 16:00 BST