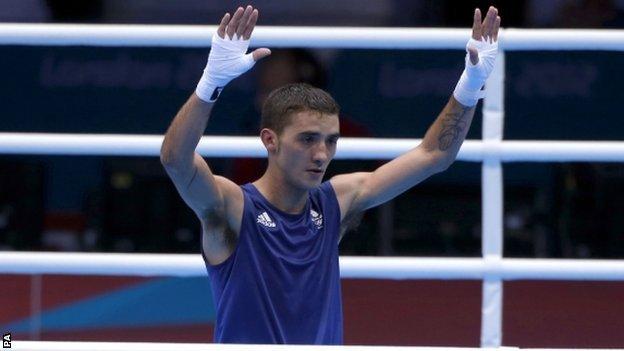 Five British boxers are within one win of guaranteed medals after reaching the quarter-finals at the European Amateur Championships in Minsk.

They join Andrew Selby, Sam Maxwell and Joe Joyce, who made the last eight of their respective divisions on Monday.

Barry boxer Selby, the reigning champion and top seed who is looking to become the first British boxer to retain a European amateur title, saw off Bulgaria's Aleksandar Aleksandrov.

Five Irish fighters are also in the quarter-finals in Belarus, with Paddy Barnes, a double Olympic bronze medallist, into the last eight of the light-flyweight division after clinching a unanimous win over Wales' Ashley Williams.

They join Ireland team-mate and Olympic bronze medallist Michael Conlan, who booked his place in the bantamweight quarter-finals on Monday.