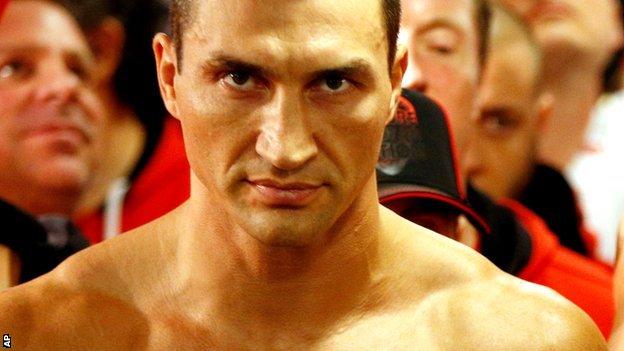 Klitschko, 36, is WBA "super champion" and the governing body has enforced a rule meaning Povetkin, their "regular champion", must face the Ukrainian.

The bout must take place before February 26, 18 months since Klitschko overcame David Haye in Hamburg.

"We are very excited that Povetkin will be Klitschko's next opponent," said Povetkin's promoter Kalle Sauerland.

Klitschko is the WBA, IBF, WBO and IBO world heavyweight champion. His last contest was a 12-round points victory over Poland's Mariusz Wach in November.

Povetkin, 33, beat former champion Ruslan Chagaev in August 2011, a victory that set up a 2013 bout against Klitschko.

In his last fight, in September, he knocked out Hasim Rahman, the American who defeated reigning heavyweight champion Lennox Lewis in Gauteng in April 2001.

"We consider Wladimir Klitschko to be a great champion but we also consider Alexander Povetkin to be a very serious challenger," Sauerland added. "[This] will turn out to be a real treat for boxing fans all over the world."