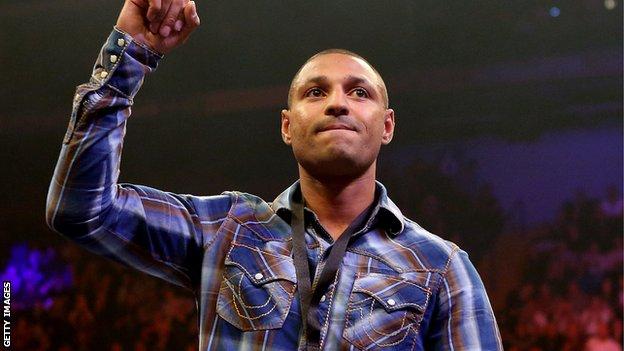 The Sheffield fighter, 26, was due to take on Alexander for the IBF welterweight title on 19 January but an ankle injury suffered in training meant the fight had to be postponed.

It was originally due to be staged in Los Angeles, but will now take place at the Joe Louis Arena in Detroit.

Brook currently boasts a record of 29 wins from 29 fights.

He knocked out Argentina's Hector Saldivia in the third round of their fight in his home town of Sheffield in October to become the mandatory challenger for the IBF welterweight title.

It will be his first challenge for a world title and he will be up against the 25-year old American Alexander, who has won 24 of his 25 bouts, with 13 knockouts.

Brook's promoter Eddie Hearn told the BBC last month that he is confident Brook can beat Alexander, who won the IBF title with a unanimous decision over American Randall Bailey.

"Devon Alexander is very skilful and quite tricky," said Hearn.

"He's not the biggest puncher in the world but he is technically very gifted and he's only 25.

It has been reported that Brook could face fellow Brit Amir Khan next, should Khan move up to welterweight.