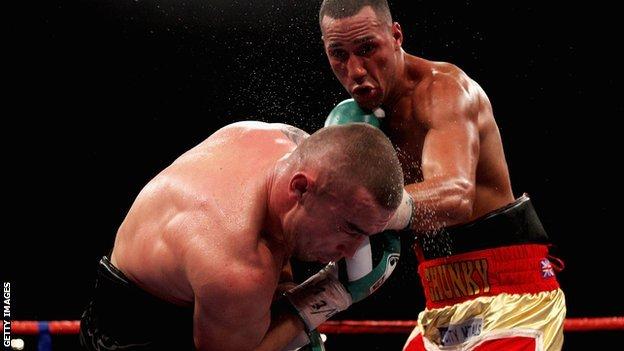 James DeGale has given up his European super-middleweight title as he turns his focus to winning a world title.

DeGale claimed a points win over Fulgencio Zuniga recently to win the WBC silver belt and European Boxing Union rules forbid boxers to hold any world title as well as its own crown.

"It's a shame that I have had to choose between the two belts," DeGale said.

After beating Wilczewski to win the belt, DeGale saw off Cristian Sanavia and Hadillah Mohoumadi in his two defences.

"It has been an real honour to be EBU champion. However, I feel my decision to relinquish the European belt is the right decision at this stage in my career," he continued.

"I've won it and defended it twice and I feel the best course of action is to defend my WBC belt on route to a world title.

"The WBC belt will give me a wider choice of world-class opponents."

DeGale's only defeat of his career so far came in May 2011 against domestic rival George Groves when he lost his British title on points.