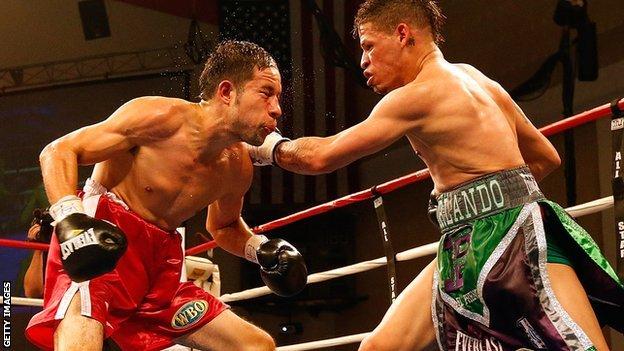 Orlando Cruz retained his WBO Latino Featherweight Championship in his first fight since revealing he is gay.

"I was happy that the crowd respect me. That's what I want - they see me as a boxer, an athlete and as a man in every sense of the word," said Cruz.

He added: "This fight's going to open my door for a world title fight. That's my dream, my mum's dream, my community's dream and my team's dream.

Cruz has now won 19 of his 22 professional contests.