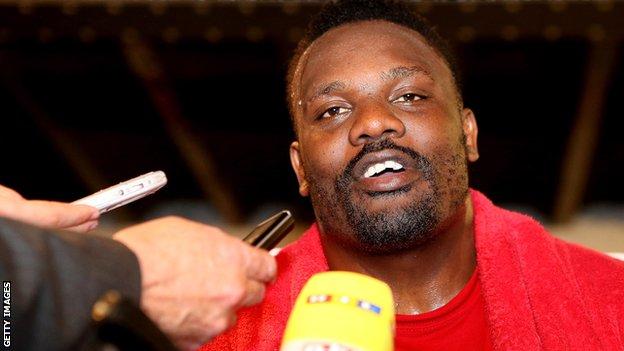 Dereck Chisora has criticised David Haye for not attending a media event to publicise their fight on Saturday.

The Zimbabwean-born boxer called Haye a "drama queen" ahead of the bout, which will take place at Upton Park.

Former WBA world heavyweight champion Haye claimed he had overslept when explaining his absence on Twitter.

"Just woke up! Apparently I slept through a media call! Hope I didn't miss out on anything interesting coming out of Del Boy's mouth," he said.

The pair brawled at a news conference in Munich in February after Chisora lost to WBC champion Vitali Klitschko, and their feud has continued in the build-up to their controversial clash in London.

"David Haye is a drama queen and I don't know why more attention is being given to a drama queen but the show must go on," declared 28-year-old Chisora, whose fight with Haye has been sanctioned by the Luxembourg Boxing Federation.

The British Boxing Board of Control has refused to back the heavyweight fight because neither man holds a British boxing licence.

Chisora, who took Klitschko the distance in Munich, made a prediction ahead of his meeting with Haye.

"This fight is about me knocking this fool out because I don't like him."