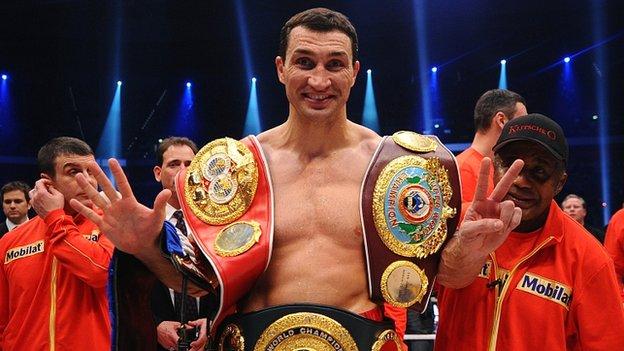 Thompson, 40, was knocked out by Klitschko in their first match in 2008.

However, the 36-year-old Ukrainian maintains Thompson gave him "one of the toughest challenges in my career".

The bout will be Klitschko's 21st world championship fight and his first appearance since a knockout win over Jean-Marc Mormeck of France in March.

Southpaw Thompson, who has won all five bouts since the defeat by Klitschko, has a career record of 36-2 (24 KOs).