Bowls is under "a bit of pressure to get it right" after being permitted to resume in Scotland, says former world champion Darren Burnett.

Playing bowls will be permitted in phase one of the Scottish Government's lockdown easing, which is likely to begin on 28 May.

Bowls Scotland has issued an extensive set of guidelines for players.

"Other sports will be looking at us and will hope we can deal with it in the right manner," said Arbroath's Burnett.

"If we can, hopefully other sports will follow so there is a bit of pressure on us to keep ourselves as safe as we can.''

Burnett, who has amassed a raft of gold medals at Commonwealth Games and world indoor and outdoor level, admits adapting to the new landscape will require a change of mindset.

But while the sport might be a little different for a while, the 43-year-old is just relived to be back playing.

"It is going to be a big challenge but we have to realise that, for the foreseeable future, this is the way it is going to have to be," he said. "I am sure people understand that it has to be slow steps."

Burnett is a police officer but has been forced to change his duties in the battle against Covid-19 due to asthma.

While not severe enough to require him to shield, he is not on the beat for now.

"I was asked to remain office bound, which has created a bit of a challenge because I would rather be out there doing the job I would normally do," he said.

"But I have been able to help out our community team and concentrate on other things I might not have the time to normally." 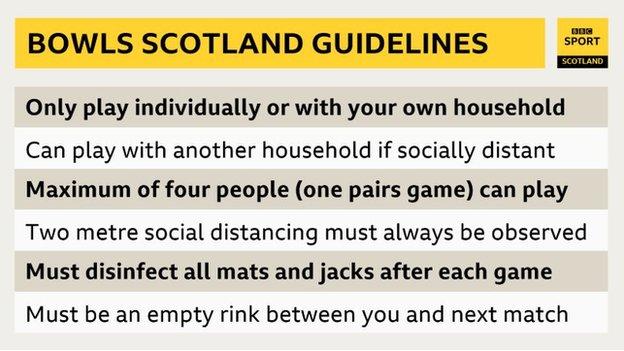