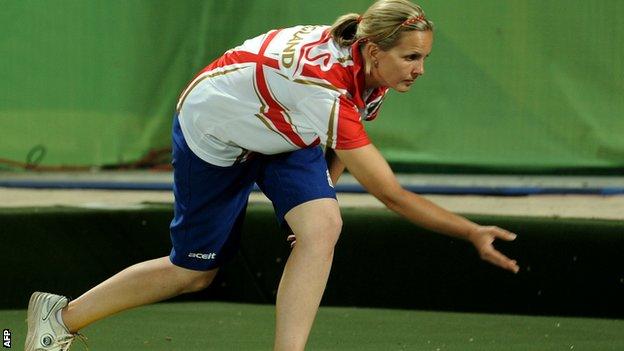 There are five people in each of the men's and women's squads.

There are also five players in para-sport events, including Bob Love, David Fisher and Paul Brown in the triples.

"It's an amazing feeling to have it all confirmed," reigning women's singles champion Melmore told BBC Sport.

"You always hope in the back of your mind that you'll get the chance to defend a medal, but until it comes through and it's all signed and sealed you don't want to relax about it.

"The Commonwealth Games is our Olympics. We're not in the Olympics so this is the only multi-sport event that we compete in and it's such an amazing achievement to get there."