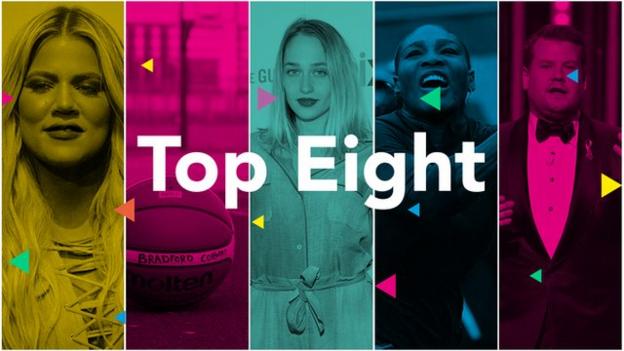 Wondering what's been going on this week? Wonder no more! Here at BodyPositive HQ we've scoured the web for the best BodyPositive gossip, so you don't need to miss a thing.

1. In his introduction to the Tony Awards (theatre's answer to the Oscars), James Corden paid tribute to the victims of the Orlando gay nightclub shooting. The awards opened with heartfelt words from Corden, including: "Theatre is a place where every race, creed, sexuality, and gender is equal, is embraced, and is loved. Hate will never win." The full speech on Billboard.

2. Daisy Ridley opened up about having endometriosis. In a candid Instagram post, the Star Wars actor revealed that she was diagnosed with the condition when she was a teen and has also been battling with PCOS. "I can safely say feeling so self conscious has left my confidence in tatters," she says. But she also let fans know that she's making progress. More over on Cosmopolitan.

3. The Mayor of London, Sadiq Khan, is to ban 'body shaming' ads on London's buses and the Tube. The Evening Standard story means ads like *that* controversial "Are you beach body ready?" poster would not be allowed. Khan, who has two teenage daughters, said he was extremely concerned that unhealthy or unrealistic advertising could demean women.

4. Lena Dunham and the cast of Girls voiced their support for the unnamed victim of the Stanford rape case in a powerful video message. The clip, which you can view on Newsbeat, features the four women urging us to support victims of sexual abuse. Not because "she is someone's daughter, girlfriend or sister", but because "she is someone".

5. "You're really talented - for a girl." Ever wondered what happens when men say dumb things to Serena Williams? The athlete is sick of tired gender stereotypes used to criticise women in sports, so she made a funny video with Glamour showing her pelting a heckler with what she knows best - tennis balls. We wouldn't want to be on the receiving end of that!

6. Healthy women come in all shapes and sizes and there's finally a fitness magazine to reflect that. HelloGiggles has picked up on FabUPlus, which was started by a Canadian runner named Shannon Svinger-Jones, and portrays plus-size women in the positive light they deserve. Where can we get a copy?

7. Khloé Kardashian got very real about stylists who have body shamed her. In a Harper's Bazaar interview, she recalls not getting the same treatment as her sisters: "There would always be this attention on Kourtney and Kim, but I was too much work for [stylists] or they had nothing in my size," she said. Khloé is VERY blunt in the piece about those stylists who want to work with her now.

8. Miley Cyrus has taken a wrecking ball to sexism in the workplace. In an unaired sketch for Saturday Night Live, she plays a submissive character in a sexist environment, who eventually sees red when she's had enough. Miley and a co-worker transform into "Women Workplace Warriors," which you can view on Refinery29.

And from us? Ezdihar of the Bradford Cobras loves basketball - and she wears a hijab. She wants more women to get into the sport. BodyPositive filmed her team's training session where they displayed some serious b-ball skills. Check it out!