Would you pay nearly £80 per month to go to your favourite team's home venue but only be able to watch the action on television?

That's what reigning NBA champions the Golden State Warriors are offering fans desperate to be at the team's 19,596-capacity Oracle Arena on matchdays.

To be fair to the California-based team, they have sold out 300 consecutive games, the fourth-longest streak in the NBA, and have 44,000 hopefuls on the waiting list for a season ticket.

With demand at an all-time high, the Warriors have put on sale 200 "In the Building" passes. Each costs $100 (£77.17) per month, gives fans access into the arena in Oakland for every home game.

Allowing fans the chance to soak up the pre-game atmosphere, the auto-renewed pass will run from November to April, meaning it doesn't include the play-offs.

With 33 home games remaining to play during that period, fans will be spending an average of $18.19 (£14.04) per game for the unprecedented passes.

There's only one small problem - the passes don't include a seat, nor can you catch a glimpse of the court.

The passes allow entrance into two bars and a number of concession stands in the arena's Club 200 level where fans can get food and a drink.

Fans also have the chance of receiving one of the Warriors giveaways - provided they're one of the first 10,000 people through the gates - but that's it.

So, forget seeing Steph Curry shooting three-pointers or watching the record-breaking Klay Thompson in the flesh, supporters will just have to settle for watching the game on the concourse TVs.

Alternatively, fans who prefer to watch the games from the comfort of their own homes can buy an NBA League Pass for $129.99 (£99.99) - allowing them to watch their chosen team's 82 home and away games online, plus the NBA play-offs (provided the team advances). 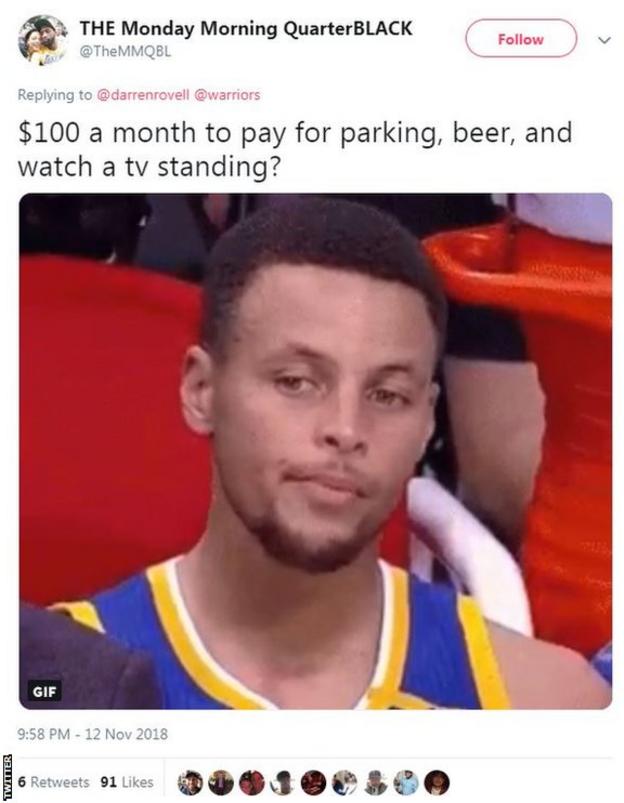 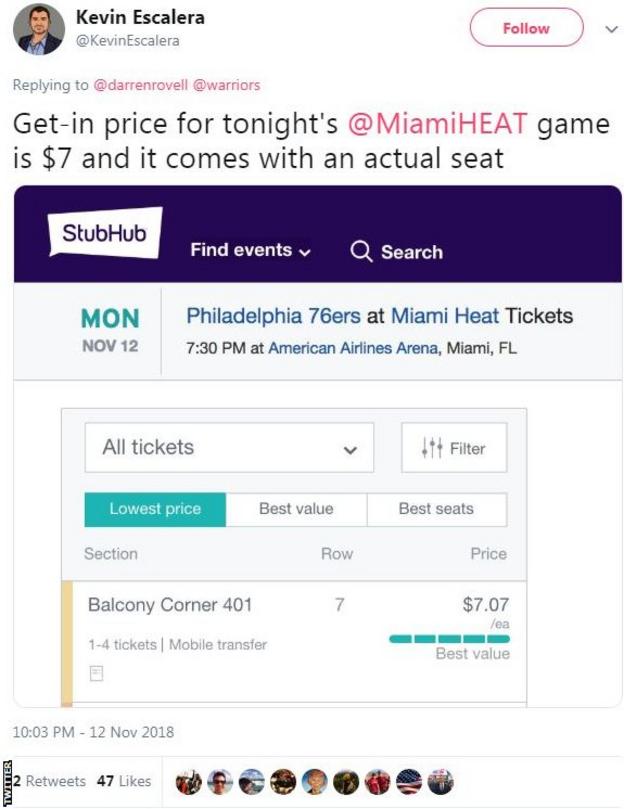 Obstructed view and standing-room tickets have been offered by other teams in the past, but the Warriors are the first team to allow fans into their arena without access to the game.

Since 2009, NFL side the Dallas Cowboys have offered 'Party Passes' - standing-room-only tickets to its games - but fans in the first few rows can see the field.

The Warriors' 110-103 home win against Atlanta Hawks on Tuesday night marked the 300th consecutive sell-out; a streak which dates back to 18 December 2012.

Lisa Goodwin, senior director of corporate communications at the Golden State Warriors, told BBC Sport: "With the interest in attending Warriors games at an all-time high, this product was created to allow more fans an opportunity to experience the excitement inside Oracle Arena.

"In part driven by the 300th consecutive sell-out and our 44,000-member season ticket waitlist, along with our year-long celebration of our 47 seasons at Oracle Arena, this subscription-based product will allow us to provide pass holders with an opportunity to attend games at Oracle Arena and enjoy the energy inside the arena with other fans." 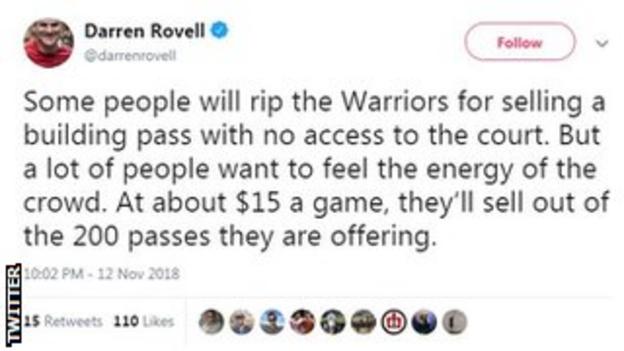