LeBron James has broken Michael Jordan's all-time NBA record of scoring at least 10 points in consecutive games after achieving the feat in his 867th successive fixture.

The three-time NBA champion, 33, broke the record with a dunk in the first quarter of Cleveland's 107-102 win over the New Orleans Pelicans.

"It means a lot for me," the Cavaliers small forward said.

"That's a good moment, a special moment not only for myself but for my family and for so many kids that look up to me for inspiration to know that you can actually go out there and do it."

James was honoured with a standing ovation by the 20,500-strong crowd at the Quicken Loans Arena, and was handed the game ball.

Hall of Famer Kareem Abdul-Jabbar is third in the record books with a streak of 787 games. 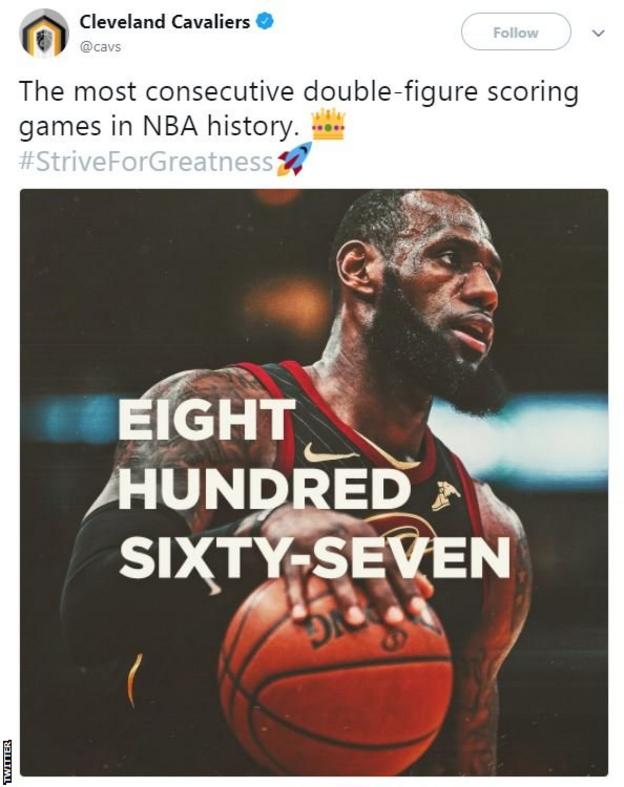