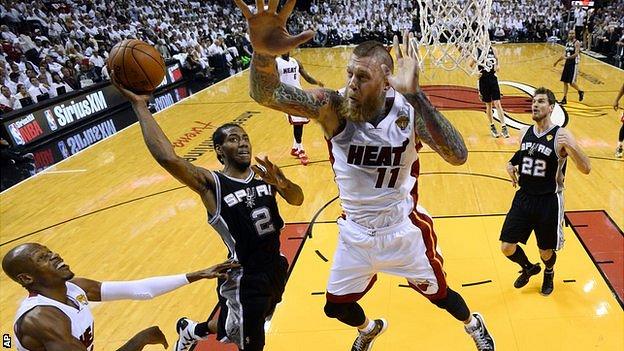 San Antonio Spurs are one win away from a fifth NBA championship in 15 years after demolishing Miami Heat 107-86.

Kawhi Leonard scored 20 points and had 14 rebounds as the Spurs won a second straight game in Miami to lead in the best-of-seven series 3-1.

No team has overcome a 3-1 deficit in the finals, but Spurs star Tony Parker expects the Heat to respond.

"They're the two-time champs," said the Frenchman, whose side face Miami again in San Antonio on Sunday.

LeBron James had 28 points and eight rebounds for the Heat but admitted that San Antonio "smashed us".